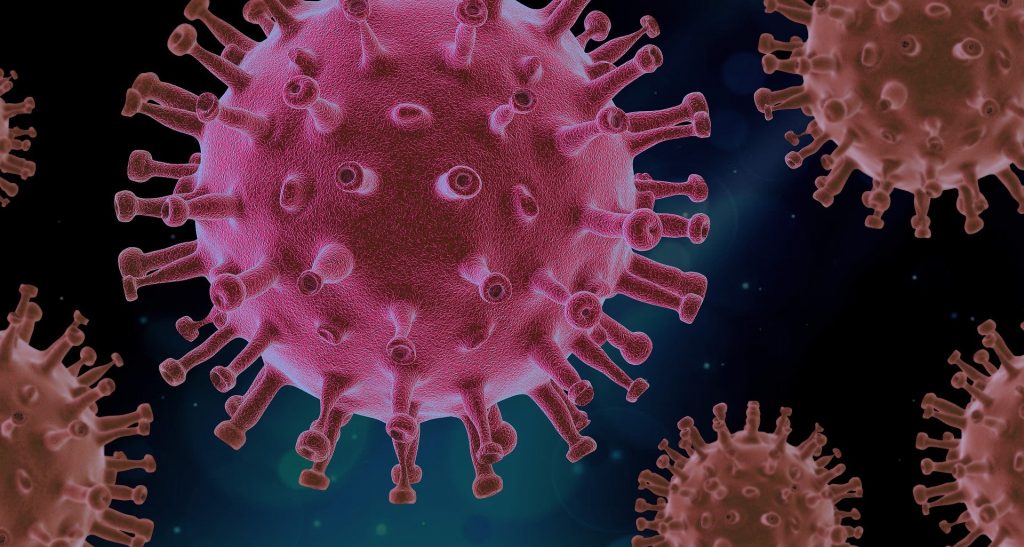 What do you think about the past year?

This rollercoaster of a year has been by far a wild ride echoing a big budget Hollywood’s end-of-the-world kinda blockbuster.

But like any unexpected earth shattering event, did you know that the COVID story follows the classic 3-act structure?

Life was normal we were all busy minding our businesses unaware of what’s looming ahead. Yea, back in Dec ’20 there was some news about a new virus but it was still just a blip in the news.

That seemingly innocent virus has grown into a lethal villain or the dragon in the story where we, the people – are playing the heroes.

And like any hero that recognizes the danger and high stakes, we all took the call to adventure and for the past year have been fighting the culprit with social distancing, wearing masks, and washing hands.

Armies of nurses, doctors and delivery people play as our front line heroes risking their lives every day for our wellness and well being.

And as a demonstration of human power (hey, after all we belong to the Homo sapiens species – the wise men), the collective brain power of scientists from around the world, these smart men and women were able to develop vaccines in record time of less than a year!

The first vaccines were distributed as early as December ’20 in the US.

For comparison, the 1918 influenza pandemic infected an estimated 500 million people worldwide with death toll of 675,000 people in the United States, according to the CDC.

But unlike COVID vaccines, it wasn’t until 1945 – nearly 30 years later – that the first flu vaccine was licensed for civilian use in the U.S.

And you guessed right, the vaccine plays the role of the magical object the hero is after in order to crush the COVID dragon. 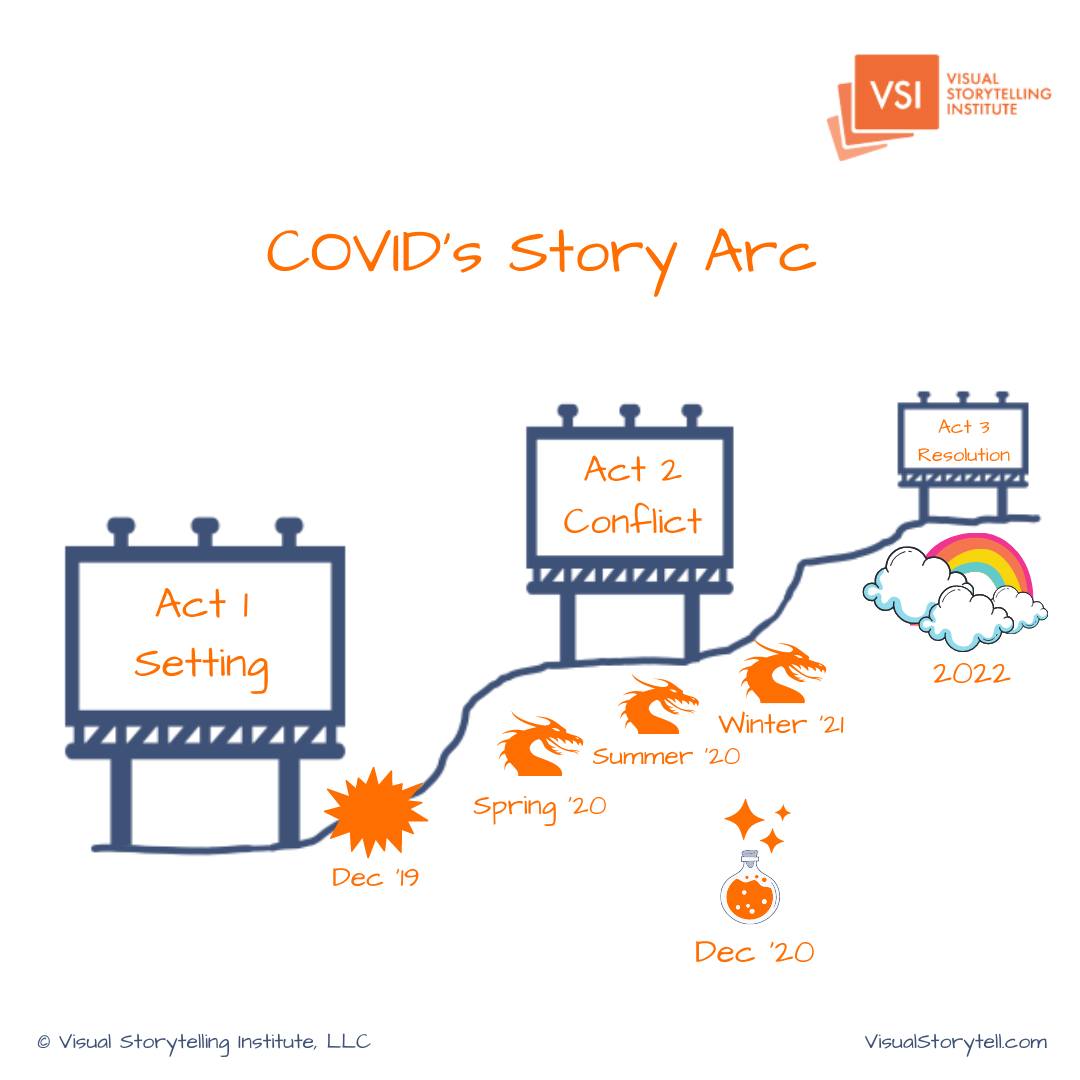 Dragon icons indicate spikes in COVID cases in the US

During the past year we have experienced a series of infection spikes at different times around the world, wreaking havoc with a total of 116 million cases, 2.5 million deaths and over 190 million lost jobs – worldwide.

And if that was not enough, the story includes a surprising twist in the plot that has elevated the already high stakes.

COVID-19 has begotten the UK, Brazilian, South African and other variants that threaten to turn the table on the great progress we’ve made thus far with the new vaccines.

As it looks now, we’re still in Act 2 – the Conflict; but with vaccination underway we are inching towards beating the villain/s and expecting to enter some level of normalcy by early 2022 and hopefully sooner.

Once we reach that long lost “normalcy eden” we got kicked out from a year ago, it will mark ACT 3: Resolution of the story where we as the heroes return home the winners completely transformed by the experience with a larger moral that will change our lives forever.

This at least the common storytelling convention, but I truly believe the COVID story made all of us more resilient and more aware of our dual qualities:

On one hand our fragility – invisible virus that has wreaked global havoc – but on the other hand our strength – scientists’ collaboration in developing a vaccine in less than a year!

All stories by: Shlomi Ron
How to Bring A Story To Life With Illustration?
What is Food Storytelling?