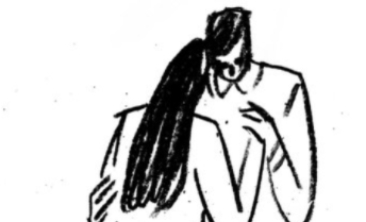 How to Bring A Story To Life With Illustration?

I believe people respond better when they can see their personal stories mirrored in a meaningful visual story. 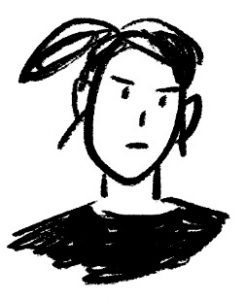 That’s why I was super excited to speak with Agnes Lee, a New York Times’ illustrator, I have been closely following her simple yet meaning-rich illustrations on the Metropolitan Diary section. She will tell you more about this marvelous visual storytelling section further down.

When you look at her illustrations, it sure feels like Agnes is able to weave another narrative visual layer on top of a textual story and the combined effect is much richer and rewarding.

If you ever lived in New York, you can easily identify with these classic moments she captures in her illustrations and at the same time find their relevancy to a story someone else wrote about the magic of the Big Apple.

Here are the key insights from our conversation.

Shlomi Ron: Can you share a bit about your backstory and what was that magic moment that made you decide to pursue a career in illustration?

Agnes Lee: Like many artists, I was constantly drawing as a kid and the hobby stuck with me. I didn’t consider a career in the arts as something possible for me for a long time though. The moment wasn’t exactly ‘magical,’ but after studying engineering, I realized I’d much rather be an artist than an engineer.

I attended Art Center College of Design where I learned a lot of fundamentals and discovered my interest in graphic design. After graduation, I had a six month design fellowship at Chronicle Books, and then an internship and eventual employment at Airbnb as a graphic designer. I then contracted a bit for Facebook as an illustrator and then moved to New York to focus on freelance editorial illustration. In New York I had the great opportunity to be an art director at The New York Times for two years. Currently I’m back to contracting with Facebook which has been a welcome steadiness in my schedule.

SR: A question I asked all my guests. How do you define visual storytelling?

AL: I see visual storytelling as essentially a comic. I ask myself: What am I trying to convey? How do I want to break down a scene? What is the sequence of moments (or, what is the single moment) that will get my point across?

SR: Can you tell our readers what is the NYT’s Metropolitan Diary section? And can you describe what is your story visualizing process when you work on these short stories?

AL: Metropolitan Diary has been a column published in The New York Times since 1976, where readers submit stories about life in New York. While the column is long running, it wasn’t illustrated until recently.

When I read the stories, they often bring up personal memories of my own New York experiences in some way (e.g., riding the subway) so I try to capture that on paper. I also do a lot of research for specific buildings, locations, or people.

SR: How do you decide which part of the story to illustrate? I’ve seen some stories you choose the setting, others – the conflict or resolution.

AL: After reading the story, I often sketch out the first thing that comes to mind, then I consider other moments in the story that could also work. Or sometimes I just draw different perspectives of the ‘moment.’ I try to give a variety of options for the editor and also try to avoid giving away any great ‘punchlines’ to a story.

SR: A few observations about your visual language, it would be great if you could comment on it. In the Metropolitan Diary, I’ve noticed that your illustration style is very minimalistic, yet with a few brush strokes you are able to communicate a wealth of information such as familiar NY moments, character poses or NY’s locations (subway, bus stop sign, typical NY window view etc.). Also, all your characters appear with blank faces which I’d guess make them more relatable as readers can complete the story in their minds of people they know that would fit the story. Am I right?

AL: The Metro Diary illustrations are closest to my sketching style, which I often feel like captures emotions/gestures better than my more finished work. I feel like this style is a good choice for Metro Diary as I want readers to feel like they’re taking a peek into a sketchbook. The blank faces have a practical and creative reason. Practically, the illustration style requires me to keep things very simplified, and in addition, it’s difficult to get much detail in at that small of a scale. Creatively, I do hope that readers can fill in the faces with more specifics than I can get on paper. When I’m illustrating people, I imagine all sorts of people, and I hope that with the open faces readers can fill in the blanks like I do.

SR: Can you share 2 examples and talk about how you use illustration to drive emotions and empathy with your audience?

AL: I don’t remember the specifics, but I recall this story being about a breakup of some sorts, and the act of moving out. I love drawing people, but a single chair with a plant felt like it would be more impactful in communicating the heartache of the story.

AL: This story was about a long distance couple reuniting briefly and dancing together. It’s a really intimate and moody moment and I hoped to capture that in their body language.

SR: What are the common challenges you face in transforming a story into a compelling illustration?

AL: Generally the biggest challenges are trying to capture the right gesture or making a landmark or person recognizable at a small scale. In these cases I often overwork the drawing and I have to take a step back or start over to get it right.

SR: What other projects are you working on these days? How has the pandemic impacted your visual storytelling?

AL: Outside of work and Metro Diary, I’ve been taking a step back from things because I tend to stretch myself too thin and then burn out. I’m taking a painting class for fun though and it’s nice to do something different creatively, especially since I haven’t touched paints since art school. I’m also trying to do some more comics, mostly about day to day life.

It’s been a little harder to get visually inspired with the pandemic. Before I was able to go visit museums and galleries, but I’m hesitant to go out now. I’ve been visiting a lot of collections online though and also reading a lot more. My partner and I also recently adopted a cat and he’s been a great inspiration.

SR: What would be your top 3 tips for marketers on how to bring a story to life with illustration?

SR: How can our audience best contact you if they have questions?

SR: Thank you very much, Agnes for sharing with us your backstory and your process for bringing stories to life with illustration. So simple, yet so powerful.

How are you using illustration in your visual storytelling? Feel free to leave your comments below.

All stories by: Shlomi Ron
What Role Do You Give Your Audience?
Unpacking COVID’s Story Arc