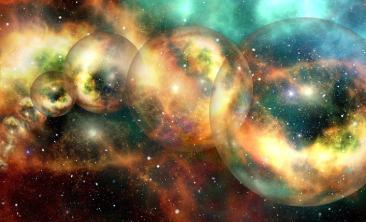 It’s hard to believe but up until the 1990s, real editors validated and distributed information through only four media channels: Print, TV, radio and display.

The one-to-many era – although centralized story distribution – has also solidified common truths as everybody largely consumed the same information with minimal audience interaction.

Writing letters to your local paper or calling your radio or TV station – took more effort and to this day includes pre-screening before airing.

Fast-forward to the early 2000’s, we entered the many-to-many communication age with over 50 channels marketers could connect with audiences. Among them, the emergence of social networks (Facebook: 2004, Twitter: 2006, YouTube: 2005).

Slowly but surely people have gained the same power to share stories as brands, not just on their siloed Websites but on social media platforms where millions of other people hanged around.

On the positive angle, social networks gave voice to anybody with an idea. They also connected people around shared interests and passions.

And with time and improved skills, a few people have become influencers with millions of followers, brands later hired to authentically storytell their products. 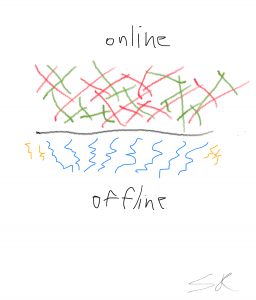 On the negative angle, because story vetting does not exist as there are no editors, people came up with stories that unfortunately promoted misinformation and disinformation.

And so, we ended up – in essence – with two parallel realities. Online where unvetted content can spread at the speed of light vs. offline where more editing control is exercised.

Social networks have been justifying their non-editing stance due to Section 230 of the Communications Decency Act (CDA) of 1996, that states that social media publishers are not responsible for the content their users publish on their platforms.

It’s like you own a local newspaper and you let your readers publish whatever they feel like for the whole community to see – with zero filters. Readership is growing albeit often outraged, and ad dollars are gushing in.

With the staggering reach social networks have gained, now the whole world can potentially be exposed to the content.

Why “potentially?” Well, you’ll see the content as long as algorithms think you’d like it to maximize the sacred logic: more eyeballs for more ad dollars.

It’s easy to put the blame on algorithms but as you know they’re not independent, there are people who wrote the code of instructions to make them behave the way they do.

The stakes are extremely high.

In a contentious hearing last month, the CEOs of Facebook, Google and Twitter were questioned by Senators on the Commerce Committee over their content moderation policies.

Around that time, the Justice Department issued a lawsuit that accused Google of breaking antitrust law while protecting a monopoly over its internet search service. Similar antitrust investigations of Amazon, Apple and Facebook – are also underway.

It’s quite obvious, we have reached a tipping point where there is a clear need to update the structure and role of the four tech giants in shaping fair commerce, opinions and behaviors.

To be fair, social networks initially aimed to unite and connect people (hence the term “social”), but over time have become anti social by creating barriers among people, a culture of divisiveness where truth and trust depend on the echo chamber from which you get your information from.

Everybody is staring at its own siloed social feed that shapes her opinions about how she sees reality, and more importantly – what’s true and false. Instead of making meaningful conversations with people that are different from you and could enrich your experience with fresh perspectives.

True, even before the social media age, we had fringe newspapers and later Websites that peddled questionable content, but the big difference is that the connectivity element was absent. Social networks have become public piazzas where people congregate and algorithms enhance the content you like or your friends like, so you can stick around longer.

For our visual storytelling context, early this year, I published: Why Algorithms Stand Between Your Stories And Your Audience? with a few ideas how to navigate this gatekeeping pay-to-play landscape.

This growing gap in how people see reality, cuts through any field where people are looking to shape opinions and behaviors. With the increased awareness to the problem, Twitter and Facebook’s CEOs have recently testified again before lawmakers on their steps they took to limit election misinformation – so hopefully change is coming.

Change will come through stricter regulations, better consumer education, detection technologies, and hopefully the emergence of new distribution models that will replace the classic social media experience and the echo chamber effect.

For us, visual storytellers – it’s essential as we rely on sharing truthful stories that can emotionally resonate with our audiences because they mirror their real pain points. If we do this right, then these stories can grow trust and help improve lives.

It’s practically the difference between telling stories and storytelling.

All stories by: Shlomi Ron
How do you “software-update” your skills?
What Makes A Perfect Visual Story?